It was just my initial idea… I didn’t know Bernie had that phrase actually IN his campaign title. I thought it was just his way of expressing what he was trying to do.

I’ve always anticipated that it might be necessary to change it someday if Senator Sanders requested, but so far it has not come up. In a recent interview, he actually said that his organization really isn’t so much a “revolution” as it is a “movement”…

Then again, how can an insider, a United States Senator, command a revolution? From within the Legislative Body that has given rise to the anger and frustration fueling calls for change. I’m reminded of the hijacking of the Tea Party movement in 2010. Any large, sustained, organized group that shows promise always seems to be infiltrated by institutional agendas, watered down by individuals who sympathize with incumbent legislators… and their DONORS.

Or, as was the case with the Occupy Wall St. movement… pass a few laws and all of a sudden, Out of SIGHT is out of MIND. ‘Can’t have all these protesters out on the streets… we’ve got ELECTIONS to FUND!’

I am amazed at the depth of the depravity the President expresses… in his Tweets, in his dismissal of Constitutional Norms, in his refusal to follow the Rule of Law… this cannot become the New Normal for a President. It has to change. I have NO DOUBT, it WILL change.

Cut through ALL of the rhetoric and political posturing, and get to the CORE of it… no American wants to see our Commander-in-Chief become known to the rest of the world as just a Carnival Barker, taking anyone who will listen for a RIDE.

How do we maintain PEACE with someone like THAT? How do we sustain PROSPERITY for ourselves, and foster other nations who seek the same for themselves, with a transactional leader like THIS?

Institutional, transactional legislators… did you see it?! When the call came, like good little soldiers they all fell in line. Just like the Republicans have done. The stage has now been set for an Electoral Showdown between two entrenched and established Political Titans. BILLIONS will be spent to determine a winner… and THEN the people will pick from whomever is left. Who will win…?

Party Politics, in a LANDSLIDE. And who will lead them… the best FUNDRAISER.

Revolution is born out of NEED. A hunger. Fueled by a steady course of events, witnessed by generations of individuals who have seen the decay.

Who have felt the pain. Who have LIVED it… not LEGISLATED it.

LAS VEGAS – NOVEMBER 13: A warning sign is posted on the front door of a foreclosed home November 13, 2008 in Las Vegas, Nevada. A report by RealtyTrac Inc. found that Nevada had the highest foreclosure rate in the nation for the 22nd consecutive month in October with one in every 74 homes receiving a foreclosure filing. (Photo by Ethan Miller/Getty Images) 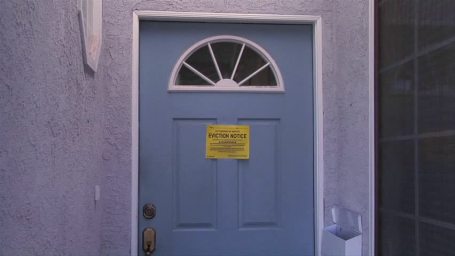 What do we want our government to BE?

It should be representative of the PEOPLE from whom it receives its authority to govern. Right now, legislators do just that… Government by the DONOR. Not bad work if you can get it.

TWICE now, in 20 years, we have witnessed a breakdown in our Election System. We stand poised on the verge of a THIRD. This Revolution is not one led by a disgruntled old man with a chip on his shoulder, it is ELEVATED in status because of the ideals at its core. Ideals that empower THE PEOPLE, by ensuring EVERY CITIZEN is included and EVERY VOICE is heard.

The current struggle between the GOP and the Democratic Party reminds me of a fight between siblings, fought with an anger and passion reserved only for FAMILY. Blinded by ego, they tear into each other screaming- “It’s MINE!”, “No, it’s MINE!”

Why are you fighting? It’s for all of us to SHARE.

“… with Liberty and Justice for ALL.”

It doesn’t get much clearer than THAT! That is the pledge that I have made, and that is the cause for which I fight. When you defend the Rights of others, you defend those Rights for yourself.

Our Democracy is secure when every citizen is guaranteed access to the ballot. We ensure it is so when all candidates for office are funded by THE TAX PAYERS and not special interests.

This Revolution started when it was declared that ALL Mankind is created EQUAL. We must HONOR those brave men by reaffirming our commitment to their ideals, by amending the parts they got WRONG… as they so wisely knew they would.

ONE CITIZEN= ONE VOTE

We must End the Electoral College.