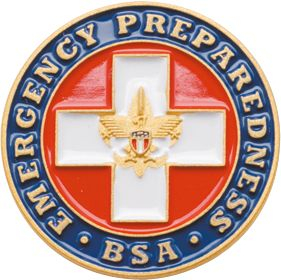 Tonight my heart aches because of the Coronavirus. Not because I have it, and not because I am one of those “at-risk individuals with an underlying condition like diabetes.” I hang my head tonight because of the shadows cast by this Administration, the ones that have lurked behind them all along.

I didn’t decide to run for President because it seemed like a fun thing to DO… I was worried that something of this magnitude could someday happen.

While I sincerely hope that this is not that event, it is apparent that preparedness is not the strong suit of our Commander-in-Chief. His ‘King of the Hill’ leadership style may have served him well in the world of real estate, but it’s now obvious that that management style does NOT work well as a governing philosophy… something that every American Citizen should have already known… it’s IN our Founding Documents!

An incoming President has 4000 jobs to fill before DAY ONE.

FOUR THOUSAND… advisors, secretaries, officials, specialists, doctors, scientists, nurses, historians, technicians, Cabinet Members, and Diplomats… and SO MANY more that my ADVISORS will have to inform me that I’ve forgotten them. THAT is the only way things get done! A collection of the BEST and BRIGHTEST with the VISION to see what needs to be done BEFORE a situation arises, BEFORE drastic and costly decisions must be made.

In times of crisis a true leader doesn’t make the life-saving decisions… the people he put in place before the crisis began do. They are a direct reflection of the values held by that leader… whether he be corrupt or a saint.

The Career Public Servants of the United States of America are NOT a burden on our pocketbooks, they are our INSURANCE POLICY against losses caused by catastrophic disasters. The bean counters, pencil-pushers, organizers and planners… LOGISTICS! How do we get the test kits to Walnut Shade, MO? How do we prepare for an escalation BEFORE it happens? Being prepared means we set up pre-determined locations with supplies… inventoried, stockpiled, and ready to GO. And all of it has to be maintained… by GOVERNMENT WORKERS.

A forklift driver named Joe… who’s in-charge of rotating stock in our warehouses, filled with MREs and BOTTLED WATER.

Now, due to a CUTTING of the size of our government, many of these responsibilities are farmed out. Contracted to CORRUPT companies who are just looking to take advantage of the TAX PAYERS. Corrupt legislators… who are FIRST and foremost, corrupt POLITICIANS… rewarding their DONORS with multi-million dollar contracts, so they can secure FUNDING for their reelection.

In the LAND OF PLENTY, where it falls off the tree and ROTS on the ground… people in Puerto Rico couldn’t get WATER after a storm. 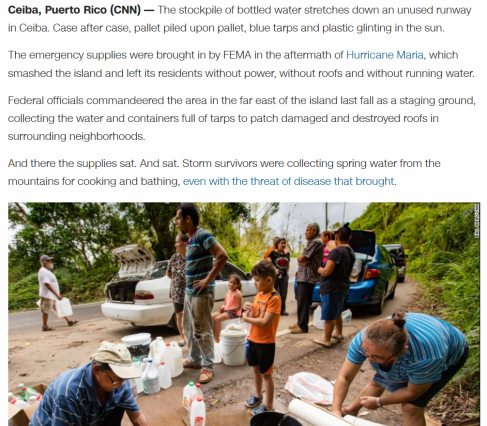 Like that storm, experts could see from its earliest days that the potential for loss of life could be HIGH… and this Administration just continues to make it up as they go along. Changing weather maps to make it seem alright. ‘Don’t worry! He knows what he’s doing… why? Do you think he DOESN’T know what he’s doing?’  And now, his downplaying of the severity of potential disasters will cause more unnecessary loss of LIFE.

Even IF he did know everything, he wouldn’t be able to do it all by himself. Roosevelt didn’t take out Hitler alone… he couldn’t have. Imagine if Truman would have come into office with the goal of eliminating the DEEP STATE on his first day…

‘All of this GOVERNMENT WASTE! Going toward some covert military project… in Manhattan?! That’s gotta GO!’

Our LIVES are now in the hands of a President, in-office only because of LIES and DECEPTION, and elected by a MINORITY of the electorate. Our collective fate is being determined by a man who values HIS self-interest over that of everyone else.

When I say #EndTheElectoralCollege, I don’t simply say it to get under his skin (and it obviously DOES!), I say it as a call for STABILITY. A reinstatement of the ideals we have ALL come to cherish. Though the actions of our Presidents have been at times misguided, they have always been carried out with one goal in mind- SECURING this nation. Every action taken by Donald J. Trump as President of the United States, has served the interests of ONE MAN…

Now that man will be Russia’s President for the REST OF HIS LIFE, and he will continue to influence our geopolitical sphere for MANY years to come.

2016 was not the FIRST time… it certainly won’t be the LAST.

To stand SILENT and watch her FALL, makes you COMPLICIT in her demise.

We must End the Electoral College.