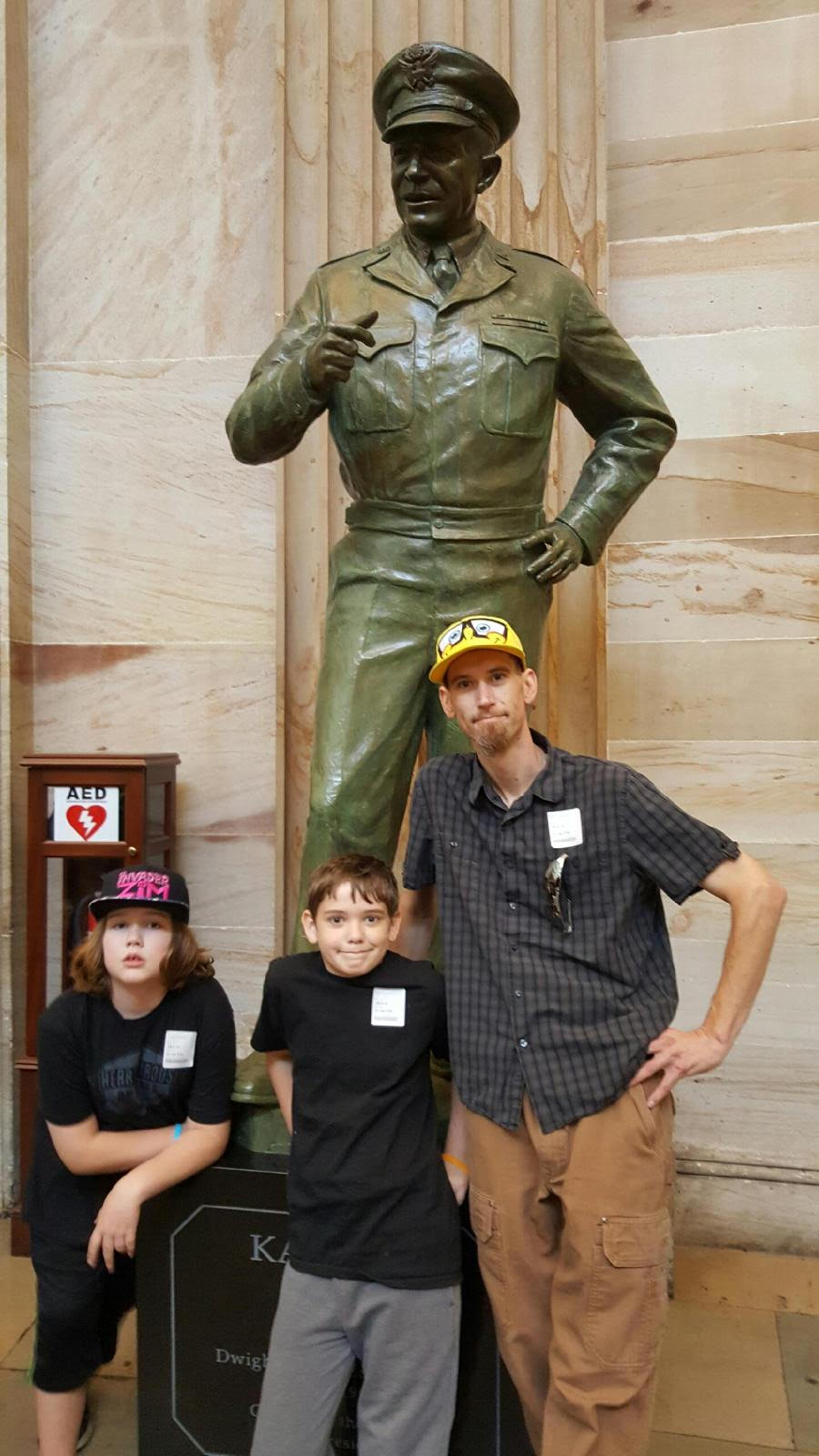 I am pleased to report that after 10 days of steroids and pain medication, Charlie has regained the use of his back legs! Though not 100%, he is responding well to the treatment… it might not be cancer after all!

His recovery will be slow it seems, and I will have to continue helping him more than usual, but I am confident I can resume my campaign and give it the level of attention it deserves. Unfortunately, Charlie will be focusing on his recovery and will not be returning to his role as my “campaign manager”, effectively cutting my staff in HALF.

Hours are FLEXIBLE and the pay is… flexible, as well.

… but THAT does not matter right now, it’s NOT cancer!

My Paternal Grandmother died of bone cancer… after she had successfully survived THREE heart attacks! Grandpa Loren died of a heart attack just a year or so before her. My step-mother’s dad died of cancer caused by years of chewing tobacco. My Maternal Grandfather died of lung cancer. Back in the early 1980s, the cause was thought to be cigarettes. Twenty years later his son, my Uncle Ron, was diagnosed with Stage 4 prostate cancer. It had spread up his spine and throughout his body.

His doctor, recognizing the family history, told my mom, “Your son should start his yearly prostate exams when he turns 30.” And guess what… they found an “irregularity”. A nodule of some sort, that I must monitor yearly.

Cancer is vicious. It’s indiscriminate and it’s relentless. The incredible team that treated my uncle gave him an extra five years. Beyond all odds… it was quite a feat! But that is rarely the case.

Grandpa Loren died in January 1993 from a heart attack after shoveling snow. That summer, my parents insisted I stayed with Grandma to help her with the chores. By the end of that summer, she was starting her battle with bone cancer of the spine.

9 months later she was gone.

So many stories go that way, “Nine months later…” and the roller coaster stories that fill up those weeks, all the triumphs and setbacks. That time I spent with grandma left quite an impression. At 14, it was the first time the full picture had been painted for me. It’s the same lesson that everyone of us at some point in our lives HAS learned, or will eventually learn, as cancer rates are expected to CLIMB. It’s predicted that nearly 50% of us will be diagnosed with some form of cancer at some point in our lives.

… when is that “Moonshot” going to LAND?

If it were up to ME, I’d like to see it happen SOONER, rather than LATER.

As I’ve spent the last few days contemplating life or death decisions for my DOG, based on MONEY… it’s not that hard to consider the situation if it were ME. I am fairly new at being diabetic (T1D), but I was fully aware of how dependent I had become the FIRST time I filled my prescription for insulin and needles. Through no fault of my own, my body decided to attack my pancreas and shut down my ability to produce insulin.

If I cannot fill that prescription… I will die.

Those prescriptions cost $1000 per month out of pocket.

This Presidential Candidacy… 100% brought to you by Elli Lilly and Co, at whatever cost they decide to charge. For me, money has lost all value. Whatever the cost…

It is quite humbling. I’m not sure what happened to the strapping young lad who used to inhabit this body, but I can see WHY he left… this ol’ body’s not quite what it used to be!

Without the scientific and technical achievements that have emerged from within this FREE and OPEN society created by our Constitution, I would not be here. I owe my continued existence to this nation, and I am more than happy to do all that I can to ensure its continued existence as well.

So… now you know my “ulterior motive” for seeking the Presidency. The United States must continue to THRIVE and grow technologically to a point where EVERY type one diabetic can once again produce Beta Cells and create their own insulin. I believe someday it WILL happen, but only if the United States endures.

There are fights in this world that are STILL worth fighting. We must not forget- OURS is truly a BLESSED NATION! It is a GIFT with which we have been entrusted, to SHARE with all humanity…

I would not want to be derelict in THAT duty.