THIS is how it begins. Someone takes a STAND. One soul brings forth from the ether, a vision of something not seen before. How or where it comes from… religions are established to investigate such thoughts! But once it appears, it brings joy and excitement, and an unstoppable passion to give it LIFE, to share that joy with all who will listen.

I never considered that it was possible to do such things for the benefit of my country, as opposed to creating the merely decorative or aesthetic. Being a writer and composer is similar to that of someone who earns their degree in the History of English Literature… That’s great, but what do you DO for a living? Every artist is in search of their fifteen minuets of fame… but now, the artist realizes the very canvas upon which he creates, is threatened by what we see.

That which was unimaginable just a handful of years ago, feels closer than ever before. What once was brewing “over there”, now comes ashore, imported and repackaged, FOR SALE here in our own backyard. The HISTORY of those who fled, seeking SAFE HARBOR on our shores, now gives pause to their grandchildren, forcing them to consider doing the SAME…

As the Light of Liberty has begun to turn against them.

Our HISTORY has not changed, yet it is being rewritten as we speak. The lessons we have learned from our great- and grand-parents, flies in the face of “truths” being sold to us today. Wrapping them in the flag, embracing ideals espoused by regimes who have, in the past… done exactly the same.

Illegal actions undertaken by ONE MAN can be corrected, they can be forgiven. They can be seen as an example, taught to others as a lesson of what we should not do. Once those actions become certified, given approval and allowed ascent by the highest legislative body in the land, they will become CANON.

Through active affirmation… OR passive SILENCE.

Let our arguments STAND or FALL on their merits! No one’s position is so strong that it should not be challenged in open debate. An innocent man does not FEAR the facts… he EMBRACES them. He DEMANDS them. And he is outraged when he is denied them.

There is NO HONOR in SILENCE.

The hard part has already been done, over 200 years ago. So that their children may have the right to study painting, poetry, and music. TODAY it is entrusted to us. Shall we do the SAME… or will ours be the LAST?

CAST ASIDE ALL DOUBT! Let the principles of our forefathers guide us now. In these days of historical gravity we must walk with sure footing, as we will surely leave precedent-setting steps. What will we leave behind? Will they remember, IN HONOR, our words and our deeds? Or will they be remembered in disgrace… will they even be remembered at all?

If not for ourselves, if not for our children and those of others, then for whom? As we make our STAND here inside the eye, we can find the answers within the CALM… as we brace for the inevitable conclusion of this STORM. 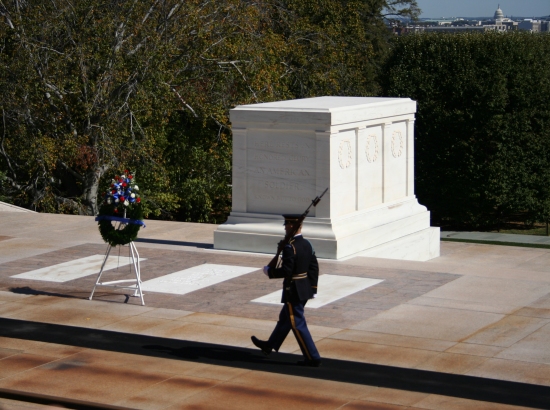 ARLINGTON, VA – MAY 27: Mary McHugh mourns her dead fiance Sgt. James Regan at “Section 60” of the Arlington National Cemetery May 27, 2007. Regan, an American Special Forces soldier, was killed by an IED explosion in Iraq in February of this year, and this was the first time McHugh had visited the grave since the funeral. Section 60, the newest portion of the vast national cemetery on the outskirts of Washington D.C, contains hundreds of U.S. soldiers killed in Iraq and Afghanistan. Family members of slain American soldiers have flown in from across the country for Memorial Day. (Photo by John Moore/Getty Images) *** Local Caption *** Mary McHugh 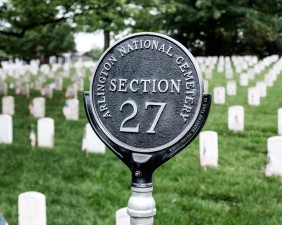 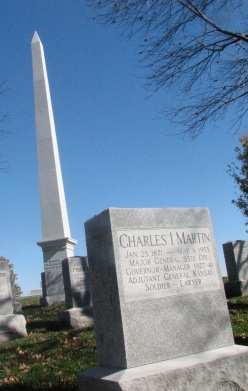 Will our actions stand to honor THEM?

Would our decisions in this moment, ever be seen as so honorable they could be remembered in the same LIGHT as theirs?

Is ours a future of Liberty or of Oppression? Will this be a Nation of Justice or of SILENCE? The Politics of FEAR and DIVISION must end if we are to succeed! In-congress, incongruent, yet indivisible, we STAND… these, the UNITED States.

… with Liberty and justice for ALL.

The eyes of the Nation focus on our Senate. The Nations of the World STAND and listen. In the balance we are, being weighed against ALL TIME. At stake is nothing short of the LIGHT for which our Liberty STANDS…

The HOPE and PROMISE of Equal Justice Under Law.

It is not OURS to do with as we wish… nor should we ever be so ignorant to believe that we could.

It is for THE PEOPLE. May it be so for all time.