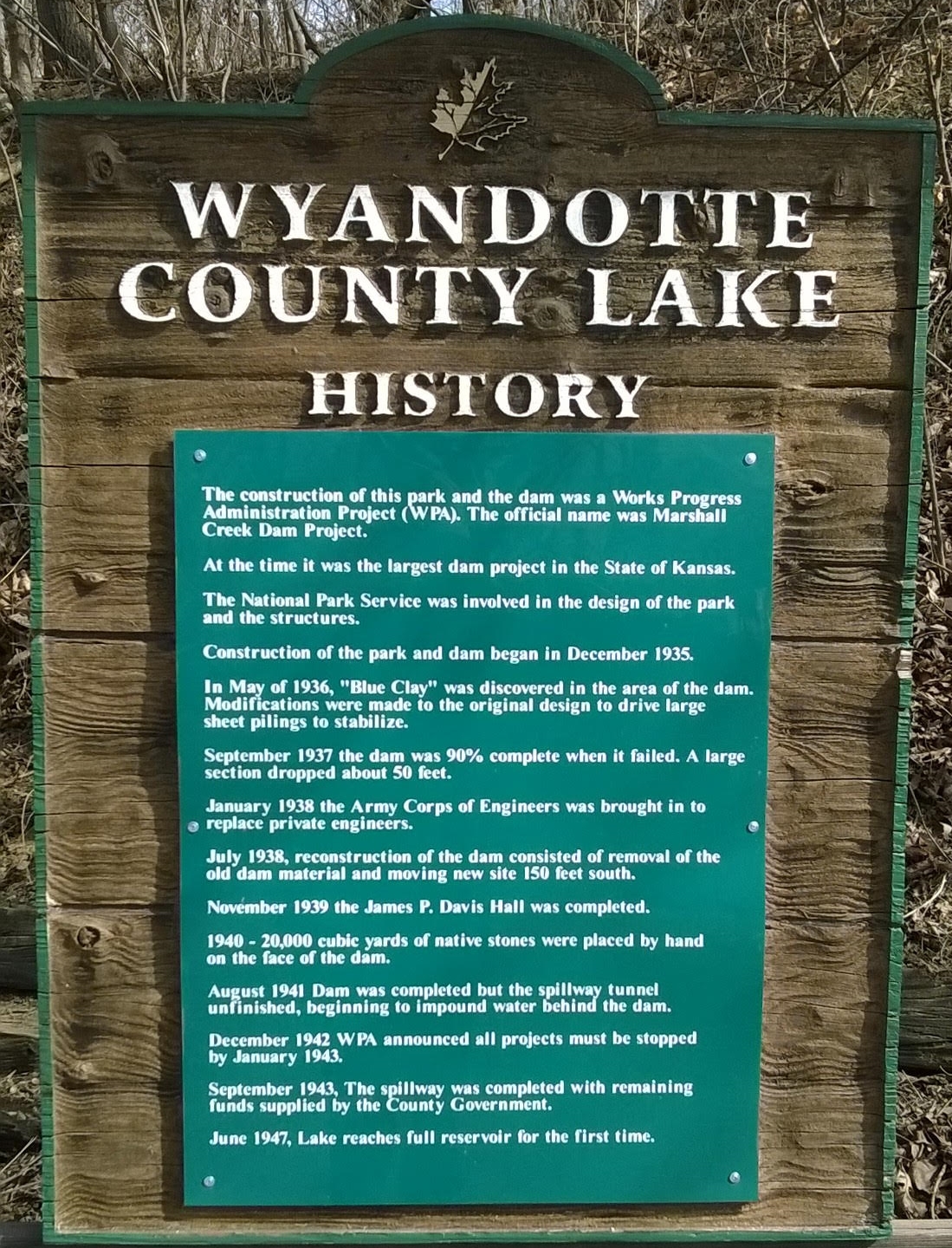 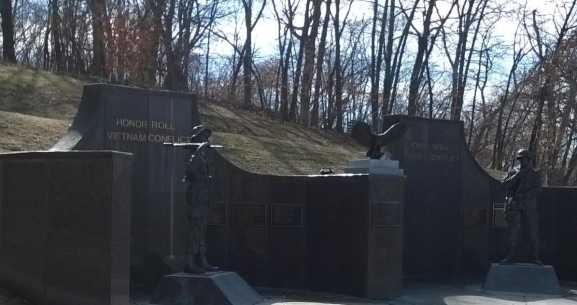 I find a lot of my inspiration when I’m lost in nature… always have. In high school, I would spend the two hour gap between classes and work exploring the coves lining the shore of Lake Olathe. On my days off, I would drive up to Shawnee Mission Lake and build a fire in the old limestone fire pit, cook up some hot dogs, and watch the sparks fly off into the night.

Being a space nerd, I would think random thoughts… like how amazing is it that Earth is the only body in the solar system that can sustain an open flame in its atmosphere; or what would wind sound like on the surface of another planet; or simply… fireflies. What evolutionary side-step caused THAT trait to be a success? AND… did you know, there are no fireflies in France?

(My step-dad’s niece came from France to visit him one summer. As we sat on the patio, enjoying the sunset on her first evening in Kansas, her expression suddenly changed to shock and disbelief as she was staring at a group of trees off in the distance. She said something to my step-father in French and he started laughing, “She’s never seen a lightning bug before!”)

As an artist and musician, I found the peace I needed to let my mind go. To explore the nooks and crannies of thought… to search for meaning, looking for that glimpse of something no one has ever seen. In the sprawling concrete and asphalt jungle of suburban Kansas City, these parks and lakes provide sanctuary for wildlife being pushed out of their natural habitats. More importantly, they are a gift given to us, providing the community a space to reconnect with nature, and share that beauty with our children. 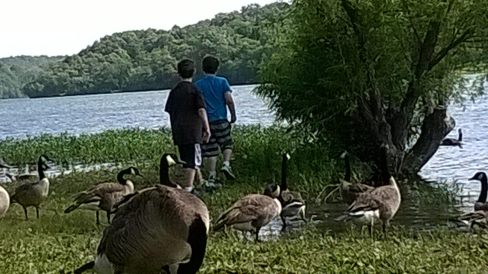 Every Father’s Day I take the boys out to Wyandotte County Lake and feed the geese.

This is Garrett doing his best impression of a goose. (… he’s the one wearing a blue shirt.)

In recent days, I’ve spent time contemplating the task at hand. Searching for words to convey a message and create a vision of something… no one has ever seen. Instinctually, I’m drawn back to these familiar waters, once again searching the depths of my soul. I drive the loop around the lake, sometimes twice… allowing the day’s events to show me where I should look…

Inspiration found at the water’s edge is a fairly new phenomenon here in the Great State of Kansas. Judging from the limestone cliffs… there hasn’t been this much shoreline here in a few million years! Even as recently as 100 years ago, in the Kansas that Eisenhower grew up in, the only significant shorelines were those of the untamed rivers, the Kaw, the Arkansas, and the Mighty Missouri.

The lakes and reservoirs of the Great State of Kansas were constructed out of necessity, to mitigate the damages caused by a changing climate in the face of historic drought. The vicious circle of economic disaster and climate change helped give rise to the Great Depression, and in order to solve those problems, the Roosevelt Administration put people to work modernizing our nation’s infrastructure. 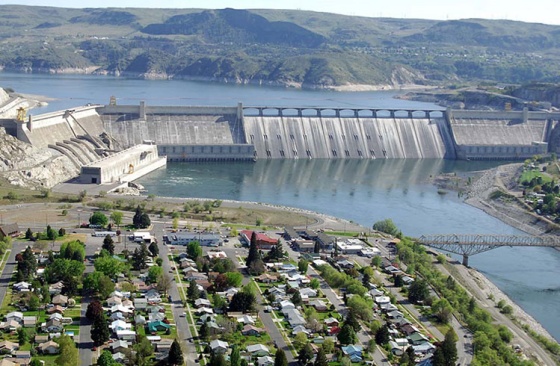 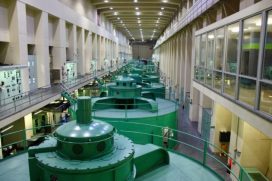 A 505 foot by 255 foot American Flag was flown from the downstream face of the dam. The flag weighed 3,000 pounds and was hoisted by three separate cables located at the top of the dam. The flying of the flag was part of a ceremony in which the 1996 Summer Olympic torch, on its way to Atlanta, Georgia, was carried across Hoover Dam.

Projects like the Grand Coulee Dam and Hoover Dam, electrifying rural communities, making sure every community had access to water… but most importantly, these projects made it possible for Americans to get back to WORK. By providing the FUNDING to get these projects off the ground, the Federal Government helped bring new opportunity to communities that desperately needed an economic boost.

Wyandotte County Lake is one of the many projects funded by the WPA. 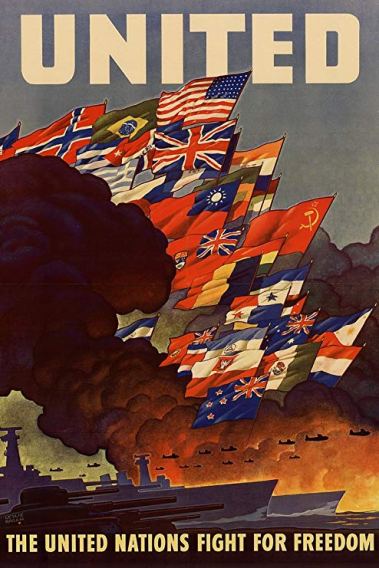 Roosevelt didn’t envision the Marshall Creek Dam… he created the vehicle necessary for that project to take shape. He empowered Americans to envision what could BE, and then STOOD BEHIND THEM, confident because we work in common cause.

He didn’t work the levers of government just so he could say, “See what I have done!” He didn’t create the WPA for the benefit of the United States Government. He saw a way that he could direct our government toward helping THE PEOPLE… to help make the lives of EVERY AMERICAN better. Because more participation makes better outcomes for everyone.

I do not seek power for myself, I seek power so that I might give it away. Securing it in the hands of THE PEOPLE… its one true safeguard.

“No President should fear public scrutiny of his program. For from that scrutiny comes understanding; and from that understanding comes support or opposition. And both are necessary. I am not asking your newspapers to support the Administration, but I am asking your help in the tremendous task of informing and alerting the American people. For I have complete confidence in the response and dedication of our citizens whenever they are fully informed.” – John F. Kennedy

When we guarantee access to the ballot for ALL citizens of this nation, EVERY issue will gain CLARITY. The solutions to our nation’s problems will be realized once THE PEOPLE have UNIVERSAL ACCESS to the ballot.